What is Cleft Lip & Palate and is there a difference?

Cleft Lip and Cleft Palate are openings or slits in the upper lip or roof of the mouth (palate) or it could be a combination of both. They often result due to baby’s facial structures that didn’t develop completely in the early pregnancy.

They mostly occur as isolated birth defects but can sometimes be associated with genetic conditions, though it can be upsetting for any parent, it is a common birth malformation that can be corrected. In most babies, a series of surgery can restore normal function and achieve a more normal appearance with minimal scarring.

There is no known cause of cleft lip and cleft palate, so these conditions cannot be prevented. However, researchers believe that cleft lip and palate are caused by genetic and environmental factors, in most cases a definitive cause isn’t discovered. Parents can pass the genes that cause clefting, either alone or as part of a genetic syndrome that includes a cleft as one of its signs. In some cases, babies inherit a gene that makes them more likely to develop a cleft and then an environmental trigger causes the cleft to occur. Another likely cause could be medication taken while the mother was pregnant. Some drugs may cause cleft lip and palate, such as, anti-seizure, anticonvulsant drugs, acne drugs, drugs used to treat cancer, arthritis and psoriasis. 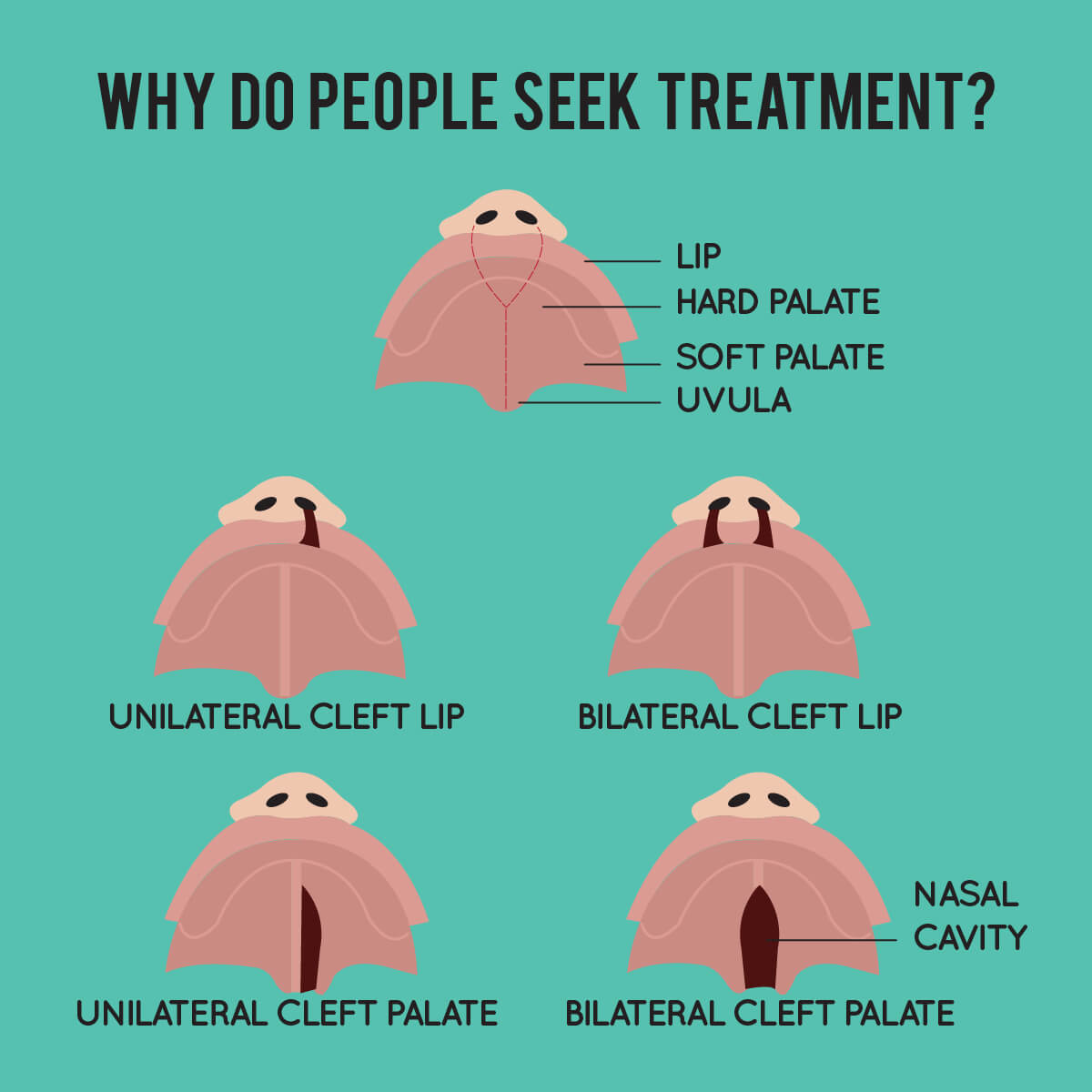 Why do people seek treatment?

Parents with babies that have cleft lip or palate often opt to get it treated early with the goal of improving the child’s ability to eat, speak and hear normally in addition to achieving a normal facial appearance.

Usually, a split (cleft) in the lip or palate can be identified at birth and your physician may start to coordinate care at that time.

Less common case, a cleft occurs only in the muscles of the soft palate (submucous cleft palate), which are at the back of the mouth and covered by mouth’s lining. This type of cleft often goes unnoticed at birth and is usually not diagnosed till later when signs develop, which may include:

If you baby has signs and symptoms of cleft lip or palate you should make an appointment with your child’s doctor. The earlier it is treated, the higher chance your child has of leading a normal life.

To correct cleft lip and palate depends on your child’s particular situation. Following the initial cleft repair, the doctor may recommend follow-up surgeries to improve speech and appearance of the lip and nose.

Ideally the surgeries will be performed within these time frames: 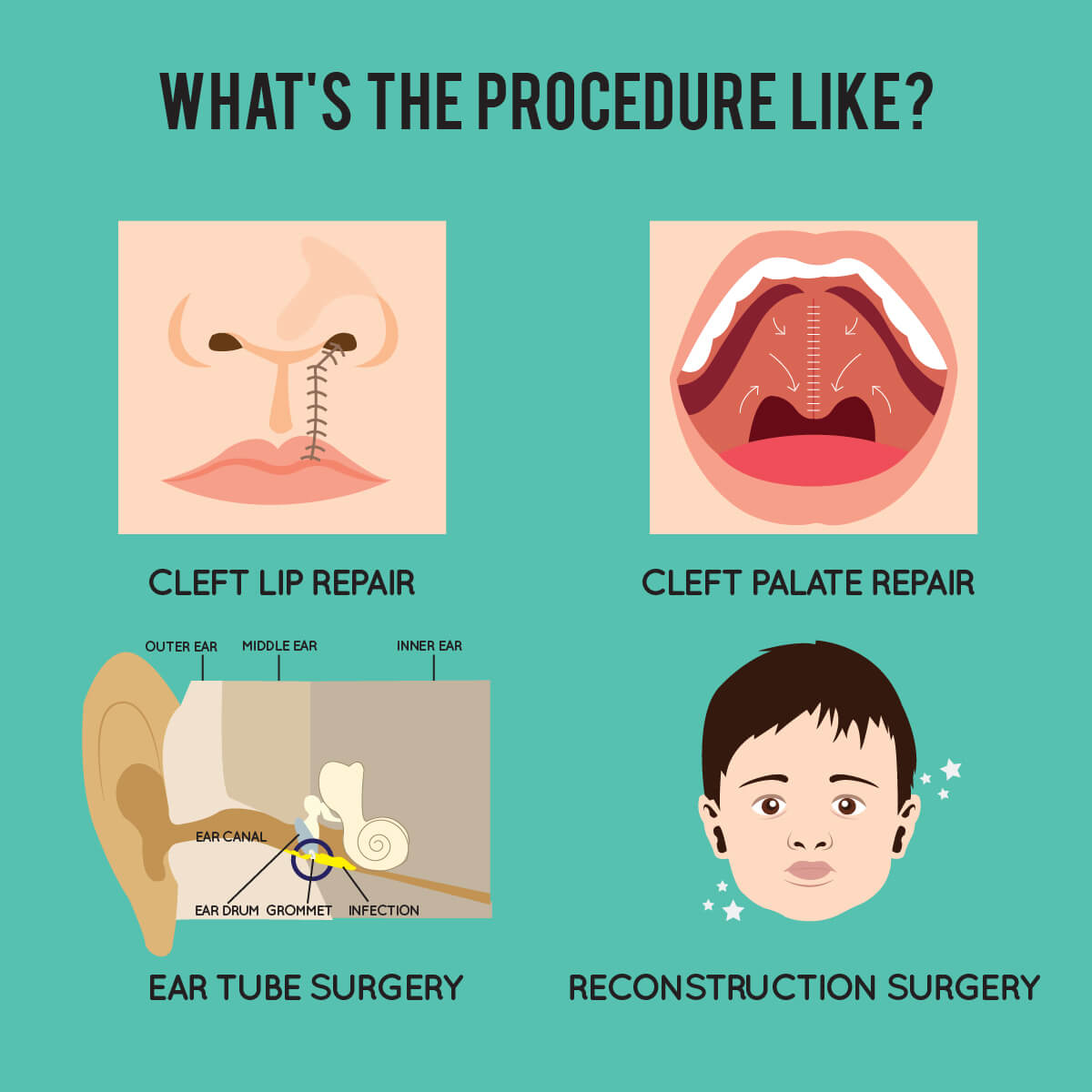 So, you’ve decided the benefits outweigh your concern as parents to put your child into surgery. Your child will be check-in and the nurses will ensure they are comfortable; parents will also be able to stay in the same ward room as the child to encourage them. Your child will be sent into the operating theatre where they will receive general anaesthetic, so he or she won’t feel any pain during the surgery. There are several different surgical techniques and procedures that can be performed to repair cleft lip or palate, reconstruct the affected areas and prevent or treat related complications.

Cleft Lip Repair: To close the separation of the lip, the surgeon will make incisions on both sides of the cleft and create flaps of tissue. These flaps will then be stitched together, including the lip muscles. The repair should create a more normal lip appearance, structure and function. Initial nasal repair if needed will usually be done in the same time.

Cleft Palate Repair: Various procedures may be used to close the separation and rebuild the roof of the mouth, depending on your child’s situation. The surgeon will make incisions on both sides of the cleft and reposition the tissues and muscles to create a fake roof, the repair is then stitched closed.

Ear Tube Surgery: For children with cleft palate, ear tubes may be placed to reduce the risk of chronic ear fluid, which can lead to hearing loss. Ear tube surgery involves placing a tiny bobbin-shaped tubes in the eardrum to create an opening to prevent fluid build-up.

Surgery to reconstruct appearance: Additional surgeries may be required to improve the appearance of the mouth, lips and nose. 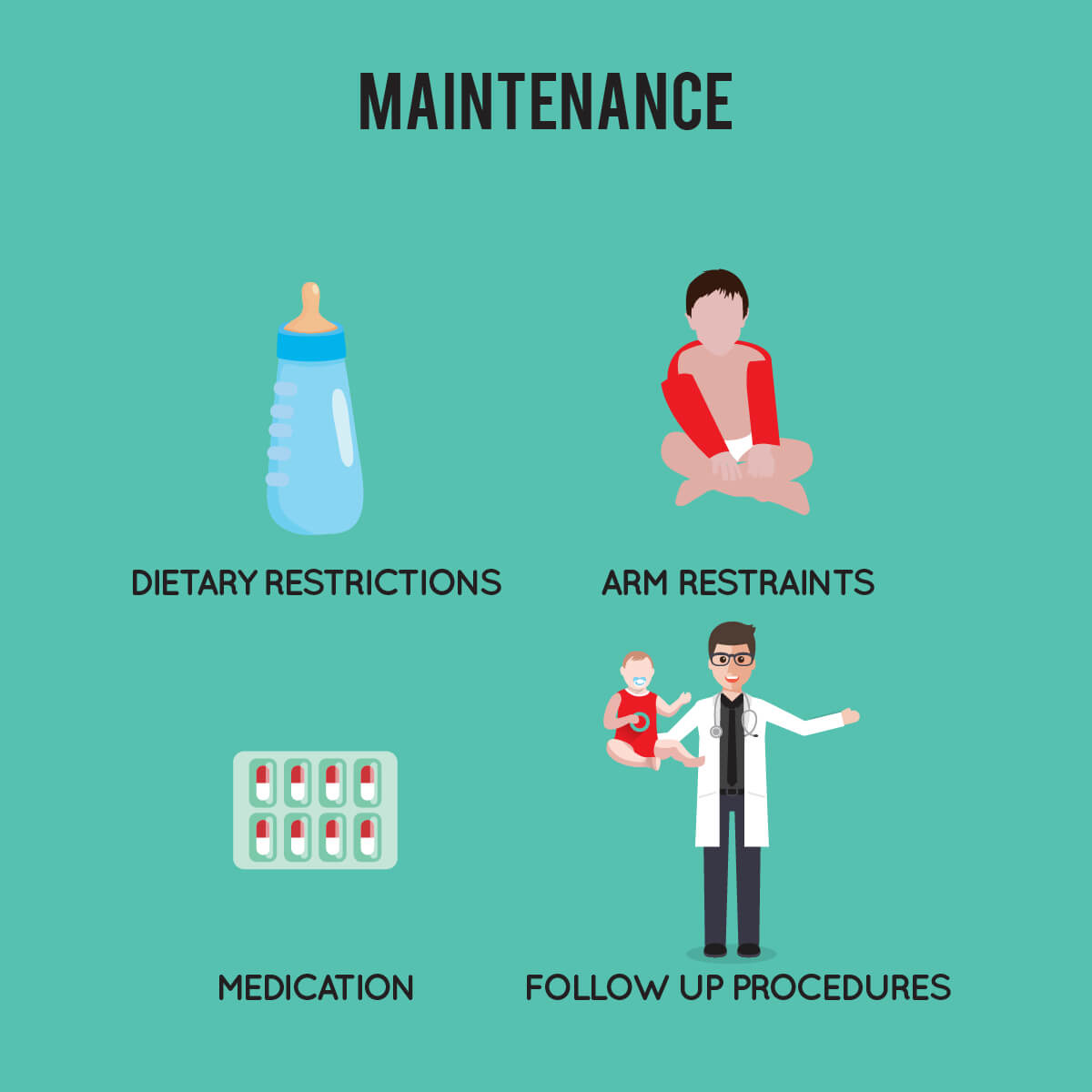 After the surgery, you will be given specific home care instructions which may include:

Dietary restrictions like liquid or puree is recommended for several days after the palate surgery. Some surgeons may also recommend avoiding putting things in the mouth such as pacifiers, bottles, straws or other utensils.

Your child’s discomfort can be controlled with medication which will be provided by the centre. Depending on the surgical technique used, sutures may need to be removed from the lip following the surgery. Healing will continue over the course of several weeks and swelling will reduce. Lip scars will mature and will fade over time. It’s important after the surgery to diligently put sun protection to prevent the formation of irregular scars.

Having done the surgery, there are other things a parents must consider. The surgeon may recommend that additional procedures for complications caused by cleft lip or palate. Below are few examples: 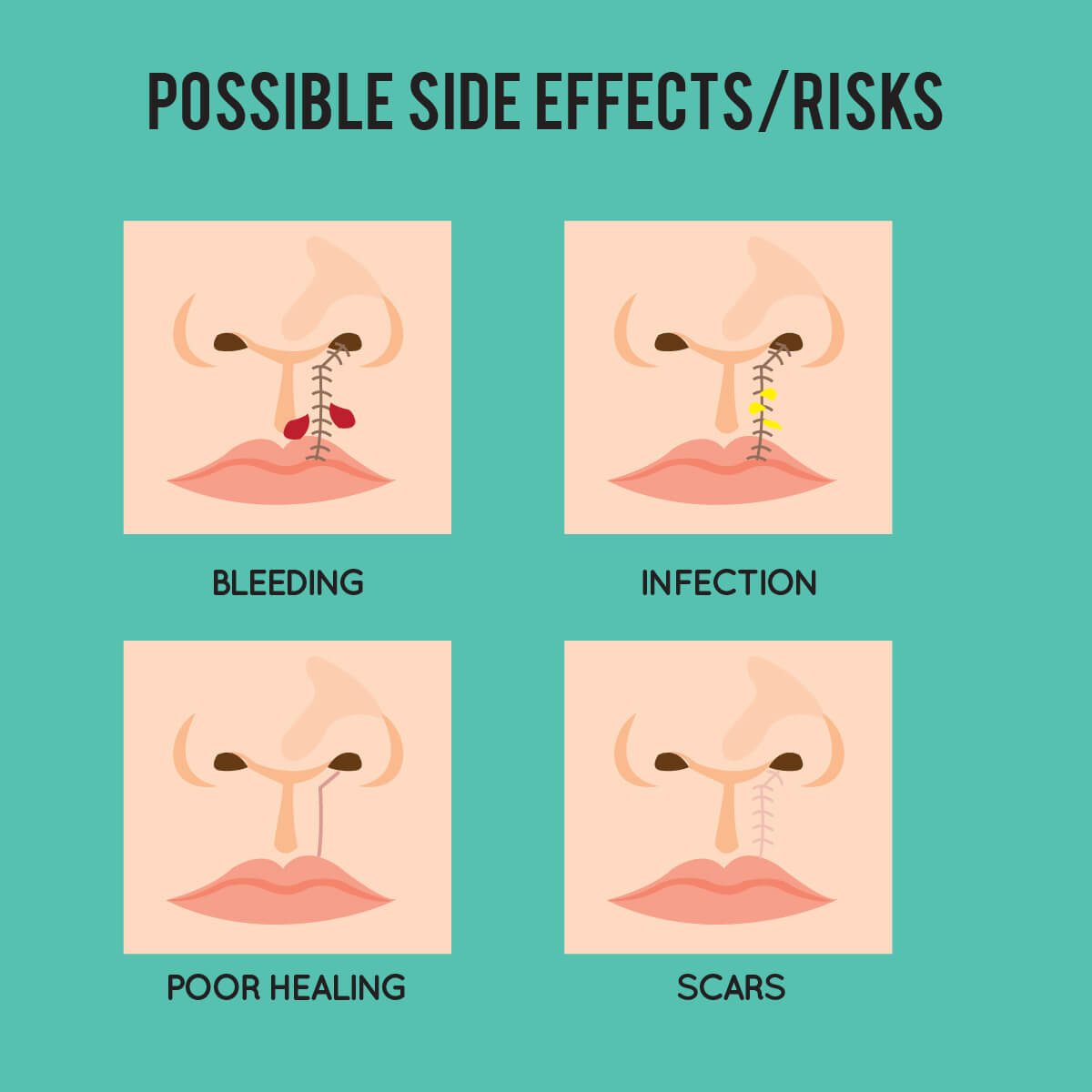 Surgery can significantly improve your child’s quality of
life, appearance and ability to eat, breathe and talk. As with all surgeries
there may be some risks, it’s important to talk to your doctor/surgeon before
the surgery and understand what these may be. Possible risks include: bleeding,
infection, poor healing, widening or elevation of scars. In extreme cases,
temporary or permanent damage to nerves, blood vessels or other internal
structures.